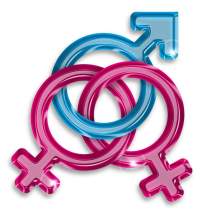 Logline: An unlucky-in-love copywriter is mistakenly presumed to be gay by her handsome new boss. Believing her job is in jeopardy, and wanting to spend more time with him, she goes along with the misunderstanding. But the more time she spends with her “pretend” same-sex partner (who is gay) the more she starts to question whether her boss is really the right one for her.

This project is currently being packaged and is scheduled to go into production in early 2021.

‘Truth in Advertising’ strikes me as an exceptional entry in its chosen genre: it’s not often that one can read a romantic comedy and be genuinely surprised by how it plays out. So kudos to the writer/s for constructing a truly adult, sophisticated rom-com that’s fresh, funny, and subversive – it should delight a contemporary audience that’s hungry for something new. I’ve told a few trusted people of its rare nature (i.e. a rom-com project that I do think will get made), and I look forward to my prediction coming true.

It’s been a joy working on ‘Truth in Advertising.’ You’re an incredibly talented writer with a naturally funny and real voice. I have no doubt you’re headed for continued great things in the business.

Logline: To convince his youngest brother to propose, a married man agrees to a wager with his swinging single brother to see who can have the most sex in 100 days. But while the contest teaches the single brother the true meaning of love, it nearly destroys the married brother’s marriage.

This script was written as a research project for a Master in Creative Writing from AUT University, awarded with Honours in 2011. It is currently being rewritten, with the intention that this will be the second comedy produced by Shoot First Productions. 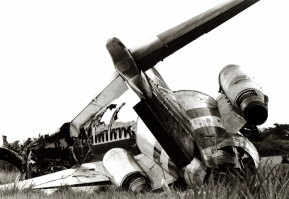 Logline: When an American airliner is shot down over Burma, killing a US Presidential candidate, a burnt-out news cameraman must expose a government conspiracy before the country’s dragged into war – even if his own father has blood on his hands.

I read Tail Spin & I really loved it. You have a real page turner. I want to sit down… & discuss what should be done to make this into a film.

I… loved it, thought you did a really great  job at fashioning a classic American political thriller. Main character is great…  with plenty of great quips, great ghost… with a good supporting cast.   It feels believable… Really solid, good structure all the ducks pretty much in a row and I’d love to help in any way I can.

…well written and intriguing. …the main characters are tough and likable. – David Kohner Zuckerman, Scriptcoach script assessor You make my job easy, writing great pages I enjoyed reading… I connect and care about [the hero], get engaged easily in all your scenes thanks to the conflict and tension you create in each one. Great job all around!

Everyone [at Zero Gravity] really likes your writing – it comes off as very polished and professional.  From the characters to the dialogue to the structure, the script received high marks all around… we all liked your writing so much, if there is anything else you’d like me to read, I’d be happy to.  Or, any other ideas you’re currently working on. We’d love to find something with you.

Logline: After being forced to infiltrate a white supremacist terror cell by a renegade cop, an ex-convict tries to save the son he never knew from the extremists’ malign influence.

State’s Evidence is currently being developed as a three-part graphic novel with Giuseppe D’Elia, Mukesh Singh, and Shawn Depasquale. More details to be announced at a later date.

Shoot First Productions is looking forward to being able to announce an exciting new live musical theatre project that is being developed in 2018 for a 2021 premiere. More details to follow.

Alan’s screenwriting career to date has had an emphasis in television drama and comedy. As well as working on several productions created by others, he created the award-winning The Strip for The Gibson Group and TV3 in 2002 and has written a spec one hour drama pilot – Footwork.

Logline: A hard-as-nails boxing coach and ex-cop is forced to train his youths in a facility he must share with a no-nonsense dance instructor in this uplifting drama set in a high crime, low wage neighborhood of a large city. 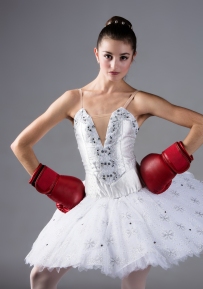 I liked this piece [Foot Work]. A lot. …you did a hell of a job… You’re very talented, and I look forward to seeing more of your work and ideas.
– Larry Brody –TV Writer/Producer (Star Trek, Walker Texas Ranger, Diagnosis Murder); author: Writing TV From the Inside Out

I certainly think the idea has legs and could work as a TV series… the potential material is rich.

Logline: A man with a dark secret picks up a mysterious woman in a bar and laments that his life hasn’t turned out as well as he’d hoped it would as a kid. A modern fable about counting your blessings. 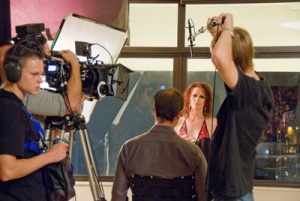