Be Careful… accepted into Show Me Shorts Film Festival

Posted on October 8, 2010 by Alan Brash Leave a comment

Be Careful… makes its World Premiere Next Month in Auckland

We’re hugely excited to be accepted into New Zealand’s premiere short film festival. Now in its 5th year, Show Me Shorts showcases the best Kiwi and Aussie shorts every year. We’re delighted that Be Careful… has been honoured by being selected as the opening film of the “Noir Motive” compilation. 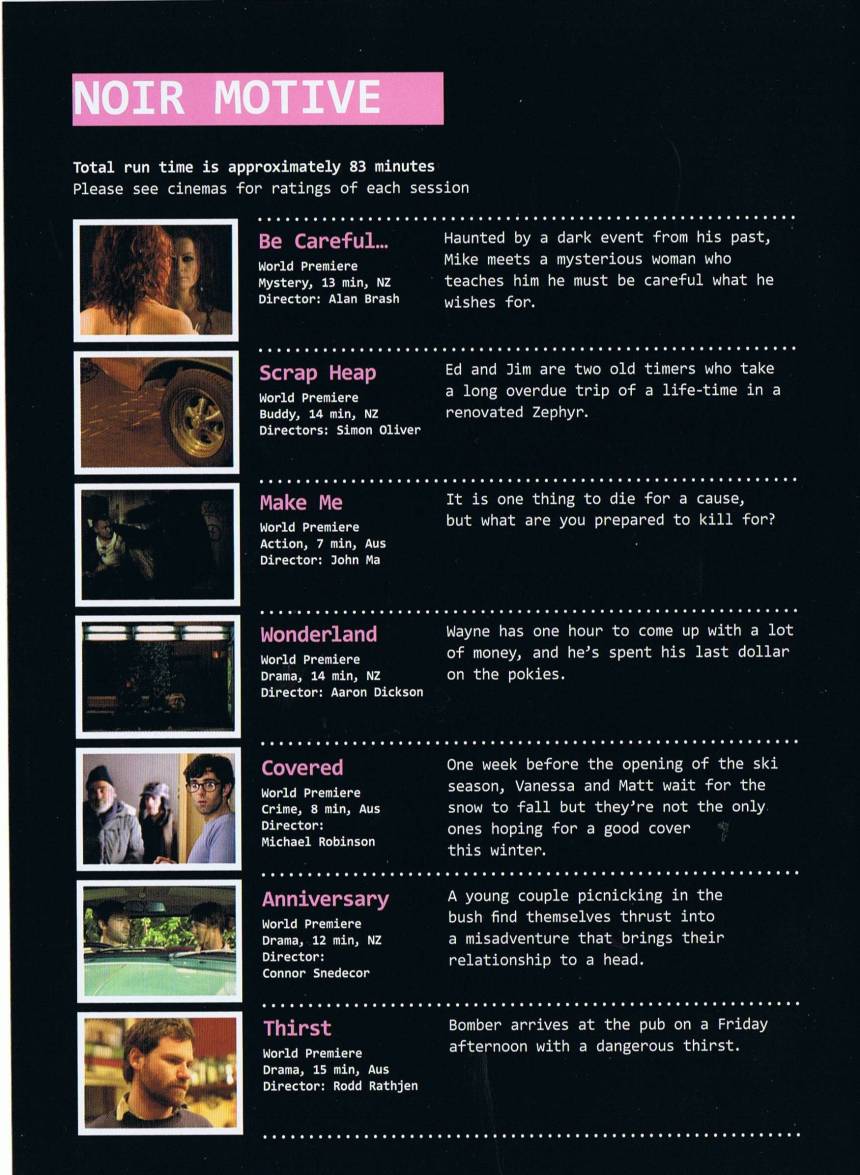 It will screen in Auckland at The Academy cinema – home of independent cinema in Auckland (and where we had our cast/crew/friends/industry screening of Be Careful… earlier this year – see this post) on the first Saturday night of the festival (8.15pm), as well as the following Tuesday afternoon (4.30) and Friday night (8.15)

During this time, it will also screen in Devonport on the North Shore, in the historic and recently refurbished Victoria Picture Palace as well as on Waiheke Island, before touring to:

Tauranga, before finishing up in

Clearly being amongst such illustrious competition means that winning any prizes will be an uphill battle! 🙂

But for me it’s enough that our film is being shown and that local audiences will have a chance to see it. So if you’re a local, check out the Show Me Shorts website to see when the screenings are coming to a theatre near you. (There’s some info up there now, with the full programme on its way.)

And a big shout-out too to Patricia Phelan and Lucy Zhou, Unitec graduates (and former students of mine!) who respectively directed and researched/wrote the fun short doco A Furry Tale about people with a fetish for dressing up as cartoon animals! This also made it into the festival, and is screening as part of the “Kissing Games” compilation. 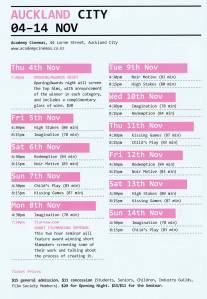