BREAKING INTO HOLLYWOOD WITH A SELF-FUNDED SHORT FILM? IMPOSSIBLE!!

Long overdue update of the blog heading your way any day. PLUS!!! Explanation of the recurring subheading (you know, the one about Hollywood).

For those paying close attention, I’ve been giving not just the blog but the entire site a lick of virtual paint these last few days. Hope it feels improved in some small way.

Look out for a whole new dimension being added in the coming weeks. With video and everything. (Cue: “wow” and “Gee whiz!”)

In the meantime, here’s a cast and crew photo taken by stills photographer Karel Lorier who is absent from the photo, along with cast members Narelle Ahrens and Mike Edward. Also missing is the gaffer and his crew who were so diligent they decided to pack out of this location rather than join us for the crew photo. That’s dedication! (Or photo phobia.) 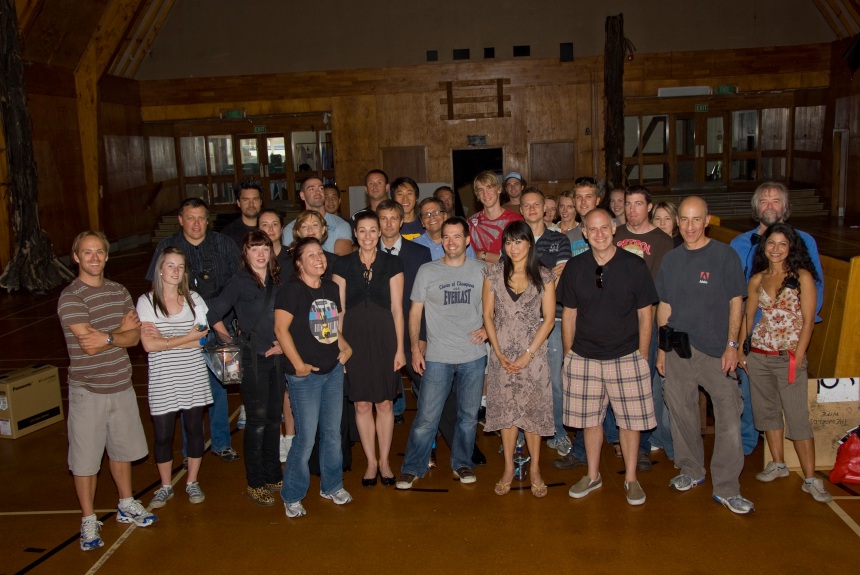